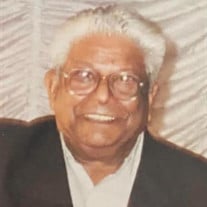 Papaji Dharam Vir Bawa (Papaji) was Born in Ghuman, District Gurdaspur Punjab on April 28th 1938 to father Khushi Ram and mother Ganga Devi, he had 3 brothers and one sister. He got marrried to Veena Kumari (Jhi ji ) at the age of 19. They had 4 daughters and 2 sons. Papaji moved to Lahore with his family to work there for a few years. He came back to Ghuman and started his own business as a Karyana merchant and also had a Rice Mill . A very hard working man and the village got to know him as Shah ji, he was much loved as a person who would help anyone at anytime. He played in many roles and enjoyed acting as Raavan in Ram Leela and very dramatic play enjoyed by many in the surrounding villages . He had a very sharp memory and remembered everything and recited many poems and shayari�s . During the disturbances in Punjab in 1984 he and his family had to move out of Ghuman for safety of his family and moved to Ludhiana and left everything behind. He struggled once again and built up his business and never gave up his struggle to support his extended family. 15 years ago Papaji & Jhiji moved to Staten Island USA and spent time supporting his youngest daughter Anita , unfortunately soon after arriving he had the shocking news of losing his younger son Surinder, sadly his health deteriorated on that news as well as his daughter-in-law Naresh passing away in India . Thereafter he also lost his two brothers Lajpat Rai and Gurcharan Das as well as his nephew Dharam Dev in that short period of time. His heart was always with his motherland in India where his wishes were to return to but that was not to be. Even though his health deteriorated he still kept very strong and supported Anita, Shelly and Jhiji . Shelly was brought up by Anita and both Jhi ji and Papaji who loved her dearly. Papaji was a very strong kind hearted man but sadly had many health issues which he dealt with very bravely over the years. In December Jhi ji fell and fractured her spine and had surgery , unfortunately since the surgery she has been in a ventilator and she was brought home to be with Papa ji and the family. Unfortunately Papaji went into hospital to clear his lungs and caught an infection which sadly took him down and away from his loving family and this world . However we watched helplessly over zoom as he took his last breath and passed very peacefully as he held Anita�s hand on Sunday April 4th. Papaji may your soul rest in eternal peace . Online condolences may be made to the family at www.scaliahome.com

Papaji Dharam Vir Bawa (Papaji) was Born in Ghuman, District Gurdaspur Punjab on April 28th 1938 to father Khushi Ram and mother Ganga Devi, he had 3 brothers and one sister. He got marrried to Veena Kumari (Jhi ji ) at the age of 19. They... View Obituary & Service Information

The family of Dharm Vir created this Life Tributes page to make it easy to share your memories.

Send flowers to the Vir family.