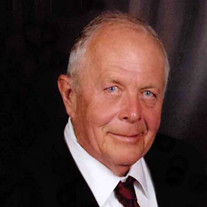 Donald Peter DeForest, 84, of Staten Island, passed away on Sunday, January 3, 2021, at his home surrounded by his loving family. Born Thursday, January 9, 1936 in Staten Island, New York, he was the son of the late Edward DeForest and Emily Johnson DeForest. Donald was born and raised on Staten Island, growing up in West Brighton. He attended and graduated from McKee High School. After high school Donald began working in the elevator industry. He first worked for 8 years for the City of New York. Donald later joined Local One Elevator Constructors Union in 1962, where he worked for 35 years until his retirement in 1998. Donald was highly regarded in the elevator industry. Donald was a scratch built radio control model airplanes builder. Donald was also a member of The Richmond Modelers, where he and other modelers made miniature full size planes. He was also a self taught musician, playing instruments like the guitar, banjo, harmonica, and keyboard. Donald was famous for his one-man band. He also was a member of the The Golden Ones, a group for elevator industry retirees. Donald was the devoted husband of the late Joan Soper DeForest. Loving father to Donald Jr., Dennis, and Daniel. Cherished grandfather to Victoria, Michael, Daniel, Elsie, Joanna, and Russell. Dear brother to the late Edward DeForest Jr. A Funeral service will be at 12:00 PM on Friday at In Scalia Funeral Home. Interment will be in Resurrection Cemetery, Staten Island, NY. The family will receive friends from 10:00 AM to 12:00 PM on Friday, January 8, 2021, at John Vincent Scalia Home for Funerals, Inc., 28 Eltingville Blvd, Staten Island, New York. Please be mindful due to the current State mandate that a mask must be worn at all times in the funeral home and social distancing requirements must be followed during the services. Due to the current Pandemic a strict 30 person in room policy is in effect, as well as a maximum of 60 people permitted in Church. Please adhere to this policy and allow others to pay their respects as well. Due to the current pandemic circumstances please note: We do not accept deliveries from outside vendors for bakery products, fruit baskets, and floral arrangements until further notice. Floral Arrangements can be purchased from our in house floral designers who work under the most stringent sanitary conditions which include temperature checks, mask wearing, distancing and protective clothing. You can call the florist directly at 718-948-2016 and place your order. We must protect the families we serve, our own families and staff who operate the funeral home.

Donald Peter DeForest, 84, of Staten Island, passed away on Sunday, January 3, 2021, at his home surrounded by his loving family. Born Thursday, January 9, 1936 in Staten Island, New York, he was the son of the late Edward DeForest and Emily... View Obituary & Service Information

The family of Donald DeForest created this Life Tributes page to make it easy to share your memories.

Donald Peter DeForest, 84, of Staten Island, passed away on Sunday,...

Send flowers to the DeForest family.