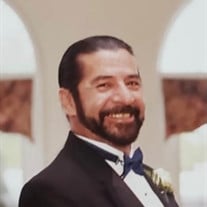 Edward M. Frasier, 70, a loving husband, father, and grandfather, retired New York City Department of Correction captain, and longtime Eltingville resident, died Jan. 2 in Staten Island University Hospital, Ocean Breeze, from complications of a stroke. Born in Red Hook, Brooklyn, Mr. Frasier graduated from John Jay High School and began working in the construction trade as a tin knocker. He then became a city bus driver before joining the City Department of Correction. Mr. Frasier rose through the ranks during his distinguished 23-year career and retired as a captain in 2001. He met his wife, the former Jacqueline Della Porte, at her Sweet 16 birthday party and the two later married at Visitation of the Blessed Virgin Mary R.C. Church. The happy couple built a beautiful life during their 54 years together. They spent their early years raising their young family in Red Hook before settling in Eltingville in 1977. They relocated to Sunnyside in 2019. Mr. Frasier had a lifelong passion for photography and enjoyed watching old movies. An avid gardener, he loved planting flowers and, in his older years, feeding birds. Forever a hippie at heart, he loved listening to 60s music, particularly the Beatles. Mr. Frasier loved sharing his passion for The Fab Four with his grandchildren. He also had an extensive coin collection. His favorite pastime was spoiling his grandchildren, singing them silly songs and telling them jokes. He is survived by his wife of 50 years, Jacqueline; his son, John Frasier, and his wife, Silvana; his daughter, Jaclyn Lebron; his daughter, Jillian Auer, and her husband, Douglas; and his seven grandchildren, Phoebe, Joseph, Lily, Mia, Mikayla, Violet and Jack. The viewing will be Wednesday, from 5 to 8 p.m., at John Vincent Scalia Home for Funerals, Eltingville. A funeral mass will be held Thursday at 10 a.m. in St. Clare�s R.C. Church, Great Kills. Interment to follow at Ocean View Cemetery, Oakwood. Please be mindful due to the current State mandate that a mask must be worn at all times in the funeral home and social distancing requirements must be followed during the services. Due to the current Pandemic a strict 30 person in room policy is in effect, as well as a maximum of 120 people permitted in Church. Please adhere to this policy and allow others to pay their respects as well. Due to the current pandemic circumstances please note: We do not accept deliveries from outside vendors for bakery products, fruit baskets, and floral arrangements until further notice. Floral Arrangements can be purchased from our in house floral designers who work under the most stringent sanitary conditions which include temperature checks, mask wearing, distancing and protective clothing. You can call the florist directly at 718-948-2016 and place your order. We must protect the families we serve, our own families and staff who operate the funeral home.

The family of Edward Fraiser created this Life Tributes page to make it easy to share your memories.

Send flowers to the Fraiser family.