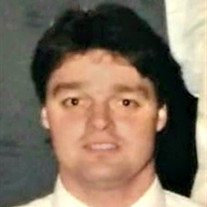 James Bryce, 60 of East Windsor, New Jersey passed away suddenly on Saturday, September 5, 2020, Born Sunday, February 21, 1960 in New York, New York, he was the son of Alfred Bryce and Florence Tempone. James attended and graduated from St. Joseph by the Sea High School on Staten Island. James lived in Staten Island a majority of his life living here for over 40 years, later moving to East Windsor, NJ and settling there for 20 years. James proudly served in the United States Navy, which led to his career as a Tankerman for several tug boats in New York City. Jimmy enjoyed classic rock, the music of his youth, but he was especially fond of Led Zeppelin. He was also an avid NY Yankees fan. He enjoyed spending time and laughing with his family, always with a smile on his face. James was the cherished son of Florence Tempone; former husband to Christine Shanahan; loving father to Paige Elizabeth Bryce, Brandon Bryce, and Nikki Bryce; doting grandfather to Atlas Von Bryce; dear brother to Paul Baldasare, Frankie Baldasare, James Baldasare, and his blood brothers Michael Tempone and Edward Tempone. Jimmy also adored his late Grandfather, James Tempone, who he often referred to him as dad. He was a dear nephew, cousin and friend to all who knew him, he will be sorely missed by all who's lives he touched. A Mass of Christian Burial will be offered at 9:45 AM on Saturday at St. Margaret Mary Church located at 560 Lincoln Avenue Staten Island, New York 10306. The family will receive friends from 2:00 PM to 7:00 PM on Friday, September 11, 2020, at John Vincent Scalia Home for Funerals, Inc.., 28 Eltingville Blvd, Staten Island, New York. Please be mindful due to the current State mandate that a mask must be worn at all times in the funeral home and social distancing requirements must be followed during the services. Due to the current Pandemic a strict 40-50 person in room policy is in effect, please adhere to this policy and allow others to pay their respects as well.

The family of James E. Bryce created this Life Tributes page to make it easy to share your memories.

Send flowers to the Bryce family.