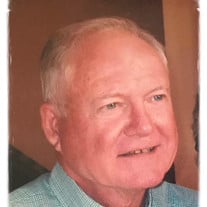 Michael D. Keane, born in Jackson Heights, Queens, passed away on January 8th, 2021. Michael was brought to Staten Island as a youngster. He remained in Eltingville where he raised his family with his beloved wife, Rita. They also maintained homes in Neptune City, N.J. and Naples, Florida. In 1962, he enlisted in the U.S.Coast Guard and patrolled the waters of the North Atlantic aboard the U.S.C.G.C. McCulloch (WVP-386). In 1966, upon being discharged and as the Vietnam war escalated, he enlisted in the Merchant Marine. During this time, he transported troops and supplies into Vung Tau, Vietnam aboard the U.S.N.S.Geiger. In 1967 he became a New York City Police Officer and was eventually promoted to Detective. In the early years with the NYPD he went to college at night and in 1977 graduated from the N.Y. Institute of Technology with a B.S. in Criminal Justice. While assigned to the Major Case Squad, he was awarded the SI Advance ''Police Officer of the Month'' for his investigation and apprehension of a man who had committed seven bank robberies on Staten Island. On 6/20/1987, he retired from the NYPD and went to work as a State Investigator for the New Jersey Attorney Generals Office. He was assigned to the State Organized Crime Task Force, which comprised of State Investigators and the New Jersey State Police Detectives. After the 9/11 attacks he was reassigned to the FBI Terrorist Task Force. He retired from his second career in 2005. During his retirement, he enjoyed many vacations with dear friends. He went on river cruises, and trips to Ireland, Canada, Iceland and Europe. He enjoyed spending time with his wife and grandchildren on their boat. He was a member of the Great Kills Yacht Club for over 40 years. Surviving are his loving wife of 51 years, Rita, and his three sons. James and his wife, Cathy, Battalion Chief Daniel Keane of the FDNY and his wife Kristen, and Commander Michael A. Keane of the U.S. Coast Guard and his wife Chrissy. Also his two sisters, Eileen Molinelli and Marjorie Puglisi and brother, Patrick. He is also survived by 8 grandchildren and numerous nieces and nephews. A Mass of Christian Burial will be held at 11:00 AM on Wednesday at Holy Child Church located at 4747 Amboy Road Staten Island, New York 10312. Arrangements include private cremation. The family will receive friends from 5:00 PM to 9:00 PM on Tuesday, January 12, 2021, at John Vincent Scalia Home for Funerals, Inc., 28 Eltingville Blvd, Staten Island, New York. In lieu of flowers, donations in Michael's memory may be made to the Stephen Siller Tunnels to Towers Foundation https://tunnel2towers.org/ Online condolences may be made to the family at www.scaliahome.com   Please be mindful due to the current State mandate that a mask must be worn at all times in the funeral home and social distancing requirements must be followed during the services. Due to the current Pandemic a strict 30 person in room policy is in effect, as well as a maximum of 100 people permitted in Church. Please adhere to this policy and allow others to pay their respects as well. Due to the current pandemic circumstances please note: We do not accept deliveries from outside vendors for bakery products, fruit baskets, and floral arrangements until further notice. Floral Arrangements can be purchased from our in house floral designers who work under the most stringent sanitary conditions which include temperature checks, mask wearing, distancing and protective clothing. You can call 718-948-2016 and place your order. We must protect the families we serve, our own families and staff who operate the funeral home. Keane Funeral Mass Zoom: Scalia Funeral Home is inviting you to a scheduled Zoom meeting. Topic: Keane Funeral Mass Time: Jan 13, 2021 11:00 AM Eastern Time (US and Canada) Join Zoom Meeting https://us02web.zoom.us/j/88937205508?pwd=aGVmN1ROUDR2QnFhUVl0WXRmK2d5UT09 Meeting ID: 889 3720 5508 Passcode: 674012 One tap mobile +16465588656,,88937205508#,,,,*674012# US (New York) +13017158592,,88937205508#,,,,*674012# US (Washington D.C) Dial by your location +1 646 558 8656 US (New York) +1 301 715 8592 US (Washington D.C) +1 312 626 6799 US (Chicago) +1 669 900 9128 US (San Jose) +1 253 215 8782 US (Tacoma) +1 346 248 7799 US (Houston) Meeting ID: 889 3720 5508 Passcode: 674012 Find your local number: https://us02web.zoom.us/u/kvIDcJy3R

Michael D. Keane, born in Jackson Heights, Queens, passed away on January 8th, 2021. Michael was brought to Staten Island as a youngster. He remained in Eltingville where he raised his family with his beloved wife, Rita. They also maintained... View Obituary & Service Information

The family of Michael D Keane created this Life Tributes page to make it easy to share your memories.

Send flowers to the Keane family.