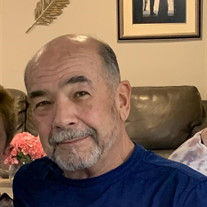 Robert ''Rob'' ''Bob'' Frank Dolcimascola Jr. Robert F. Dolcimascola, 72 of Delray Beach, Florida passed away at his home on December 9, 2021. Born November 16, 1949 in South Beach, Staten Island, Robert attended New Dorp, High School and later received a Degree in Natural Sciences from the Florida College of Natural Health. Rob worked for 20 years for the DSNY and retired as a supervisor. Additionally, he worked at the Yacht and Racquet Club of Boca Raton as a Grounds Supervisor for 16 years. Rob lived in Staten Island, New York in New Dorp, then settling in Annadale until 1993. Later on, he relocated to Florida first Clearwater, then moving to Boca Raton where he has lived for the past 21 years. Rob was an avid swimmer, beach lover, enjoyed traveling and living life to its fullest. He will be remembered as always willing to lend a hand and help a friend and his happiest moments were times spent with his family and friends. Rob was the loving father to Renee Ellis, (Mike Ellis son in-law) and son Robert Dolcimascola III. Devoted grandfather of Mia Loren and Matthew. Cherished son to his beloved father Robert F. Dolcimascola Sr. and the late Elvira Picciotto Dolcimascola. Dear brother to Barbara Keyes. Rob is also survived by many loving nieces and nephews. Rob was predeceased by his loving wife Gail K. Dolcimascola. He also leaves behind his step-sons Michael, Kim, Tyler and Hilary Harrison as well as his loving grandchildren Cameron, Lane, Shona and Emery. The family will receive friends from 2:00 p.m. to 4:00 p.m. and 7:00 p.m. to 9:00 p.m. on Friday, December 17, 2021, at John Vincent Scalia Home for Funerals, Inc., 28 Eltingville Blvd, Staten Island, New York. A Mass of Christian Burial will be celebrated at 12:00 PM on Saturday, December 18, 2021, at Holy Child Church located at 4747 Amboy Rd Staten Island, New York 10312. A Private Cremation to Follow. In lieu of flowers the family kindly asks that donations be made in Robert's name to St. Jude Children's Research Hospital.

The family of Robert F. Dolcimascola created this Life Tributes page to make it easy to share your memories.

Send flowers to the Dolcimascola family.