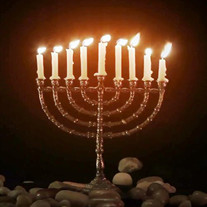 After living 96 years in five countries, Sol Urbach peacefully passed away December 14th surrounded by his loving family in Cresskill, New Jersey. Sol will be remembered by his friends and family for his quick wit and boundless generosity. He was a problem solver, and a man of conviction who maintained a steadfast optimism and an entrepreneurial spirit. Sol was born on October 25, 1925 in Kalvaria, Poland. His father, a tailor, along with his mother, three brothers and two sisters, moved to Romania in 1928 and returned to Poland in 1933, settling in a small village on the outskirts of Krakow. There, Sol attended both Jewish and secular schools, and he apprenticed in the shop of a cabinetmaker. His family was last together in the Krakow Ghetto in 1943. Sol was rounded up at random from the ghetto and put to work in a factory owned by Oskar Schindler. Upon hearing rumors of an impending massacre at the ghetto, Schindler kept his Jewish laborers at the factory until the liquidation bloodbath was over. Sol's family members did not survive, either killed in the ghetto or later in concentration camps. Sol survived stays in multiple concentration camps, first at Krakow-Plaszow, then at the Gross Rosen camp before finally being liberated from the Brunnlitz camp in Czechoslovakia. He returned to Poland but, upon finding no living family members, Sol made his way to the American Zone in Germany where a friend introduced him to his future wife, Ada (also a survivor) in 1945. There, Sol became a radio mechanic and completed the equivalent of a high school education. Sol immigrated to the United States in 1949 to live with relatives in Passaic, New Jersey. He began to learn English and worked for a time in a furniture factory. He married Ada in New York City in 1950 and they moved to Flemington, New Jersey in 1952. With a few tools and $130 in his pocket, Sol began a construction business and went on to build homes and apartments throughout central New Jersey. Throughout his life, he built more with his heart and his conscience than he did with his hands and his tools. Sol led fundraising efforts for the Hunterdon Medical Center and was a civic-minded member of the Lion's Club and Chamber of Commerce. He was an avid golfer and card player and member of Copper Hill Country Club. Sol was a leader in the Jewish community, serving as President of the Flemington Jewish Community Center and later co-founding the Bet Tikvah Congregation. Sol chaired the area State of Israel Bonds Committee, which became one of the top per capita Israel Bond communities in the nation. He also founded and served on the Board of Directors of Town and Country Bank. Sol and Ada lived in South Florida for more than a decade before returning to New Jersey in 2015. During his retirement years, Sol delivered lectures on his war experiences and contributed to documentary films and books about Schindler; he was passionate about teaching the dangers of hate to young people. He is survived by his wife Ada, his son Dr. David Urbach, his daughter Barbara Urbach Lissner, his grandchildren Rebecca Waltuch, Simone Urbach, Dr. Jonathan Urbach, Samuel Lissner, and Eliese Lissner, and his great grandchildren Clara Waltuch, Milo Waltuch, Caroline Urbach, Teddy Urbach, Noah Lissner, and Annelie Lissner. He was sadly preceded in death by his son Henry Urbach

After living 96 years in five countries, Sol Urbach peacefully passed away December 14th surrounded by his loving family in Cresskill, New Jersey. Sol will be remembered by his friends and family for his quick wit and boundless generosity. He... View Obituary & Service Information

The family of Sol Urbach created this Life Tributes page to make it easy to share your memories.

Send flowers to the Urbach family.