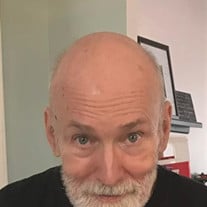 William B. McCloskey, Jr., 74. lifelong Staten Islander, passed away on Sunday, December 5, 2021, at Eger Health Care Center. Born Saturday, September 27, 1947, in Staten Island, New York, he was the son of the late William and Julia McCloskey. He was the beloved husband to his late wife Colleen, nee Brown, who passed away in 2008. William was a graduate of St Ann�s Grammar School where he graduated 1961. He was a member of the1965 graduating class at Augustinian Academy. After High School, William attended Providence College located in Providence, Rhode Island. graduated in 1969 with his BS in Accounting. He went on in his schooling and attended St. John�s University, Peter J. Tobin College of Business where he graduated with an MBA in Accounting in 1977. He worked as an examiner at the New York Stock Exchange from 1971 thru 1975. William then worked for Finance, Operations & technology in the Financial Services industry. He worked on the Stock Exchange as a Vice President at Banker's Trust and as a consultant in the Financial Services industry for various firms until his retirement in 2014. He was a proud member of the Ancient Order of Hibernians. William was a skilled guitarist and lover of music. He attended many concerts well into his 60s. Above all else, his greatest pride was in being a father and grandfather, of which he was the absolute best. Survived by brother Gary McCloskey. Daughters Tara Anne McCloskey, Katie Zogby married to Paul, Siobhan Vuotto married to Joseph, sons Ryan McCloskey and John McCloskey. Also survived by grandsons Joseph, Halen, Max, Lennon, Easton, and William. Beloved brother-in-law to Kathleen, Kevin, and Martin. Survived by many nieces and nephews. The family will receive friends from 2:00 PM to 5:00 PM and 7:00 PM to 9:00 PM on Wednesday, December 8, 2021, at John Vincent Scalia Home for Funerals, Inc., 28 Eltingville Blvd, Staten Island, New York. A Memorial Mass will be held at 9:30 AM on Thursday at St Thomas the Apostle Church located at 50 Maguire Avenue Staten Island, New York 10309.

The family of William B. McCloskey, Jr. created this Life Tributes page to make it easy to share your memories.

Send flowers to the McCloskey family.