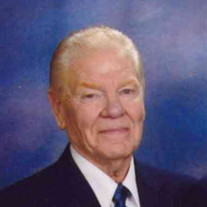 Bill "Red" Rogers, a lifelong resident of Staten Island, passed away peacefully on January 27, 2022 at home surrounded by family and his beloved wife of 63 years, Marilyn Rogers (nee Langford). A Westerleigh native, Bill graduated from Curtis High School in 1950, where he was a star football player. He attended the Sierra College Land Surveying Program in Auburn, California, while pursuing his passion for football and playing for the Sierra College Wolverines. He served in the Korean War, in California, from 1952 - 1954, and continued his life of service by joining the FDNY (1964-1980), Marine Division, where he developed a love of boating. He later would be reunited with his first love, football. After playing for multiple semi-pro teams, Bill would become the head coach of the Staten Island Panthers, a semi-pro team. He would then go on to co-create the football program at Mount Loretto. In 1960, Bill took over his father's company, Rogers Surveying, PLLC of Staten Island, now a fourth-generation land surveying and engineering firm. Bill not only successfully grew the company his father had started, but also became a widely recognized expert in the field, as well as a beloved and sought-after mentor. Bill was an extraordinary storyteller with tales of lifeguarding on South Beach, driving cross-country multiple times, camping, hiking, and playing practical jokes. He was a visionary and built a family home in Huguenot that was the gathering place for generations. After his retirement, he enjoyed spending time at his waterfront residence, going on annual hikes with his family, checking in on the folks at Rogers Surveying, and telling many stories making sure his legacy lived on, as it surely will. Bill is survived by his loving wife, Marilyn; children Sheryl Grundmann and husband Steve; Daniel Rogers and wife Elizabeth; Susan Martini and husband Spiro; Elizabeth Muldoon and husband Scott; 14 grandchildren, 3 great-grandchildren; and brother, Richard Rogers married to Elaine. Bill was predeceased by his sister Ruthlynn Deluise. A gathering of family and friends from 2:00 PM to 7:00 PM on Saturday, January 29, 2022, at John Vincent Scalia Home for Funerals, Inc., 28 Eltingville Blvd, Staten Island, New York. A service will be held at 6:30 p.m. in the funeral home. Online condolences may be made to the family at www.scaliahome.com

The family of William A. Rogers, Jr. created this Life Tributes page to make it easy to share your memories.

Send flowers to the Rogers family.